The core team of Trembelat was heavily involved in the formation, registration, and development of Partia e Fortë, the satirical political party in Kosovo. The Strong Party is a satirical political party in Kosovo formed in 2013. Its goal is "to come to power to control public money in the interest of supporters and the like-minded." As part of the group's commitment to gender equality, over thirty percent of the candidates running for office in the upcoming election are men. The Party seeks to maintain the political status quo, praising Kosovo as a democratic country where living people as well as "those in the other world" can vote. Party leaders claim a victory of around 120 percent, as measured by the group's pollsters.

The Party is officially headed by our partner Visar Arifaj, whose official title Kryetar Lexhendar (Legendary Chairman) is intentionally misspelled with the so-called hard xh. The secretary of the party is Yll Rugova (also our partner). Petrit Reçica and Nita Salihu they are both deputy chairmen. It is the only political party which has no ordinary members. Beside the Legendary Chairman all its supporters serve as deputy chairmen. The Strong Party is a grass roots organization linked to the coffee culture of Kosovo's capital. 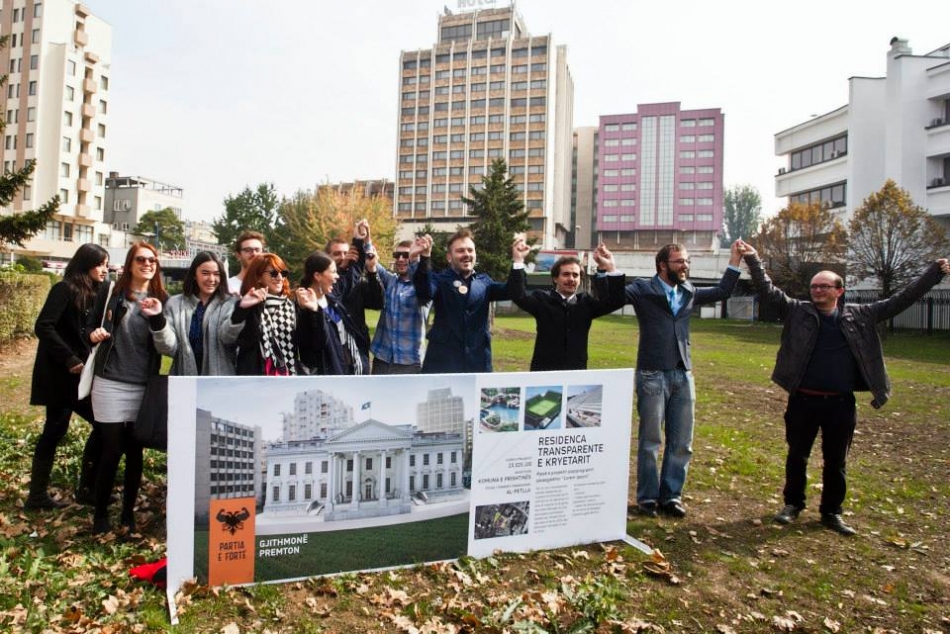